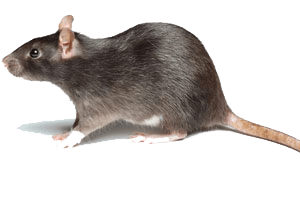 The rat control service is provided with anticoagulant type baits, packaged in wax blocs or rodenticide paste. We will install secured bait stations or tamperproof boxes, closed and containing the rodenticide bait. At each intervention, the technician will check all the stations and boxes inside and outside the premise.

The dominant rat (called Alpha) will force one of the younger rats to ingest the bait to test if it is safe. As apparently on the short term it will seem to be safe, the other rodents of the colony will also eat it. After a few days, the rodents will feel weaker because of internal bleedings. As they need to go outside everyday in order to drink, they will most probably not be able to climb back inside the building and will slowly die outside. Note that the effect of the biocide is not painful for the rat.

In order to limit the side affect of dead rats, the bait formula, developed by international chemical brands, includes substances that will partly preserve the dead body and reduce the smell. As well, to reduce the risk for children and pets, the bait formula include a strong bittering agent that the humans or the cats can taste but that the rodents cannot.

In case of infestation, the technician may be led to change the bait and biocide substance in order to avoid acquired tolerance.